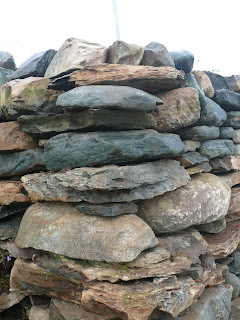 The Ferry Captain: A Ghost Story from Trinity, Trinity Bay


In the early part of the twentieth century, an outport girl named Grace moved from her community to work in the town of Trinity, Trinity Bay. While there, she lived with her aunt and uncle.

One evening in February, the aunt went up to a friend’s house and stayed to tea. When she went up, she did not intend to stay, so did not have a light with her.

Time passed, and when Grace came home from work, it was quite dark

“Go up and carry the light and fetch your aunt home,” said her uncle.

It was a slippery night, with ice snow on the ground, but off she set with flashlight in hand. Around 7 o’clock, she came to the house with a white picket fence where her aunt had stayed for tea. As soon as she came in through the gate in the fence, a strange thing happened.

There, the other side of the fence, she saw something like a man’s face and figure, with the body resting its arms on the face. She could not see the lower part of its body, but she saw that face, with long white whiskers. The figure wearing an old-fashioned with a shiny bill, like style of hat a captain might wear.

Grace managed to get into the house, and when she came in, the aunt saw immediately that there was something wrong.

“What’s wrong with you maid?” the aunt asked. “Who was chasing you? What did you see?

“I didn’t see anybody living,” said the girl, after a pause.

“I suppose you didn’t see anybody dead then,” said the aunt, but the girl made no response.

The two women said their farewells and left. They came down the path, and as they did, Grace flashed her light up and down the fence.

“Put your light down on the ground,” said the aunt, uncomprehending. “That’s where i’m going to tread!”

“When I get up over this hill, I’m going to tell you something,” said Grace.

True to her word, when they got up over the hill, and away from the property, Grace described what she had seen, down to the whiskers and the billed cap.


“But it was nothing living, with such a strange face,” said Grace.

The next day the aunt decided to find out if someone had died in that house, or if there was a similar story. She went over to a neighbour and asked who had died in the house.

“Well, he had long white whiskers and anytime you saw him, he had a cap on,” said the neighbour. “He used to run the ferry that went up the Southwest Arm, and when he was an old man he went to live with his daughter. Every evening, just about 7 or 7:30, he’d go outdoors and lean on the fence and look up the arm, just to check on the ferry.”