Not far from La Scie, Newfoundland, is the former community of Shoe Cove Bight.  The Bight was said to be a favourite stomping ground of a supernatural phenomenon which locals know as Jack the Lantern. Storyteller and author Dale Jarvis shares the tale of what happened when a group of boys rowed home one September night from La Scie to The Bight. 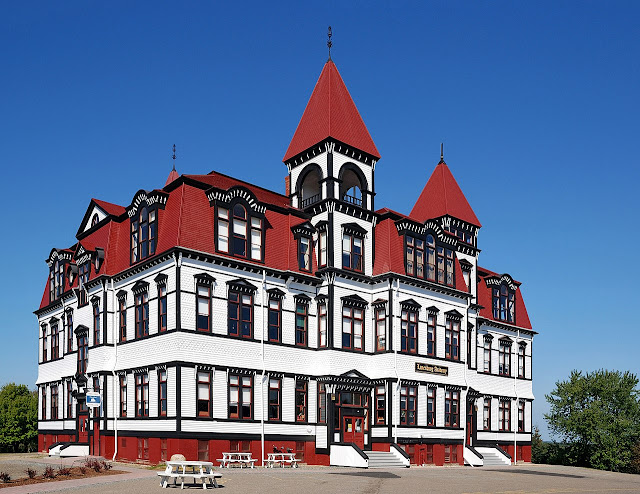 Lunenburg is said to have more folklore, witches, and superstitions than any other place in Nova Scotia. Of all its sinister places, the Lunenburg Academy is definitely the most famous of the historic town's many haunted buildings.

The Lunenburg Academy was built in 1895, and operated as a school continuously to 2012. It stands on Gallows Hill, close to the Hillcrest Cemetery, dating back to the 1700s.

Years ago, a carpenter working alone in the school felt the hair on the back of his neck stand up. Turning around he saw the vision of a man, strung up by his neck, before it vanished.

The building’s basement was nicknamed The Dungeon by students, thanks to an evil feeling pervading the space and rumours of a dark creature inhabiting one of the toilet stalls. More recently, a film crew captured the image of a face in the window of the Academy. When the image was circulated, it was identified in a school yearbook as Mr. Sidney Knickle, a past custodian and caretaker. 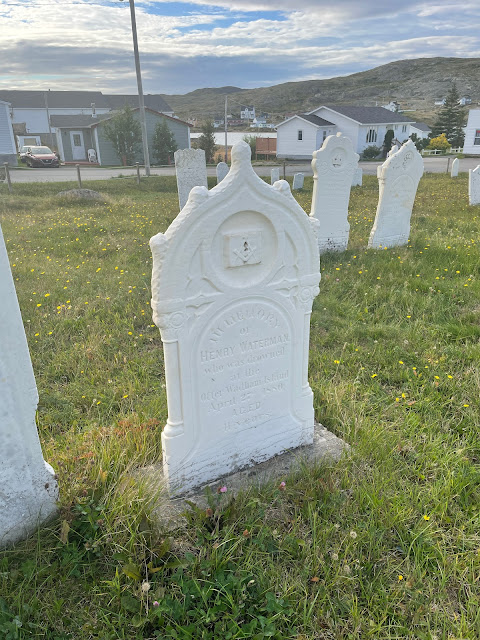 The churchyard at St. Andrew’s Anglican Church, Fogo. was in use as a burial ground from at least the 1760s and into the first half of the twentieth century.

The lighthouse was built following many petitions to government, especially after the "Spring of the Wadhams" in 1852, when more than 40 ships were crushed and abandoned in the ice near Offer Wadham Island.

Unfortunately, Henry Waterman "came to an untimely end in the spring [of 1880] by falling through the ice, thus removing from service an officer who had always conducted himself worthily."