How a ghost bear saved a man's life in Connoire Bay, Newfoundland 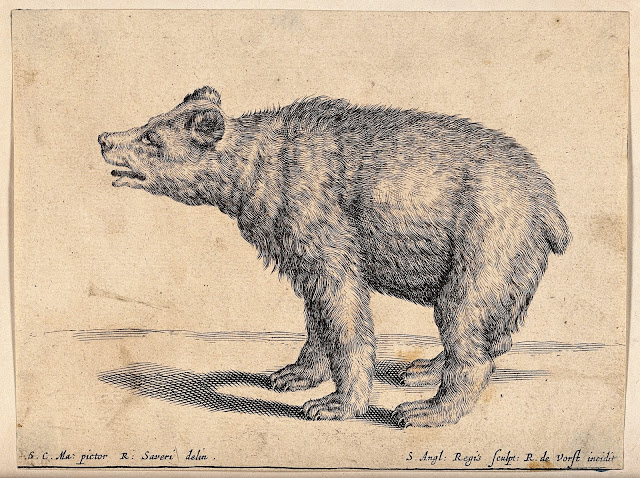 As told by Dale Jarvis

In the late 1960s, a gentleman from Burgeo named “James” had an experience with a terrifying invisible spirit. The being kept the man awake for days with horrifying noises, and eventually drove him to abandon his property. Strangely enough, the creature may have had the man’s best interests at heart.

The incident occurred at a cabin located just west of Burgeo in Connoire Bay. The cabin sat out on a point of land in West Barachois. It had changed ownership several times, and when it came up for sale again, James decided to purchase it.

At the time, James was unaware that he had purchased a property with a strange guardian. As his son puts it, “my father eventually bought it, but was not there very long before things started happening.”

One night in the fall of the year James made the trip out to the point to stay at the cabin for a short while. He had just settled in for the night and was about to drift off to sleep when he heard a strange noise. It sounded like an animal scratching at the side of the cabin. The man’s first thought was that a bear was outdoors, trying to break in.

James jumped out of his bed and got his gun ready. The door was shut, and the creature did not attempt to knock it in. James looked out the window to see if he could catch a glimpse of the creature, but he could not see anything in the blackness. An old oil lamp was the only source of light he had, and without a flashlight to shine into the darkness, there was little chance of him sighting the beast.

Outdoors, the thing walked over the bridge, or stoop, by the front door and scratched at the side of the cabin. It kept James awake until daylight, and then as the sun rose over the horizon to the east, the sound of the creature vanished.

Needless to say, the man was very tired from his long vigil, though he managed to get in a few hours sleep during the day. Thinking that the creature might return, he decided to put fresh mud in the path alongside the cabin. James reasoned that should it return, the mud would capture the track of the animal, and in that way he could at least determine what he was dealing with.

As the light started to fade, James returned back to the cabin after an afternoon of hunting. Once more, he settled in for the night, and got into his bed.

No sooner was he in bed than the noise returned, but this time in a much more ferocious manner. The noise came from directly above him. As he listened, it seemed as if the animal was on the roof of the cabin, tearing at the shingles and felt on the roof.

Again, James jumped out of the bed, loaded his gun and waited to see if it tried to come in the door. It did not try to force the door, but it maintained the din all night long from its position on the roof. At daybreak, the noise stopped with the coming of the sun.

Thinking that the creature would have at least left its footprints in the mud, James hurried outside. When he checked the pathway, there were no footprints to be seen whatsoever. Baffled by this, he went about his chores and cutting wood.

Before it got dark, the man made one modification to his cabin. He nailed a few pieces of wood across the door to keep it open just enough to stick his gun out through.

By this time, it was starting to get dark so James got ready for bed. He did not make it to his bunk before the racket returned. On this, the third night, the thing was even more persistent. He could hear it clawing around the opening of the door, and then moving around to the side of the cabin to claw the length of the building.

James sat himself down in front of the crack in the doorway, and fitted his gun into the opening. He waited there all night, and although he could hear the beast thrashing and clawing along the sides of the cabin, he never caught sight of whatever was out there.

Daylight came, and the clamour ceased. James packed up, and left the cabin, heading back towards Burgeo. Whatever the beast had been, it put quite the fright into the man. As James’ son puts it, “Dad doesn’t scare easily. He’s a pretty hearty man.” To frighten him off completely must have meant that the experience had been very intense. Not knowing exactly what it was that had tormented him, he told no one out of fear of being ridiculed. It was years before he even told his own wife.

Frustrated and frightened, the man sold his cabin to another fellow. The new owner of the cabin did not stay there very long either, perhaps experiencing some of the same strange noises. Eventually the new owners took the cabin down and moved it more inland on the same point of land.

Just days after the cabin was moved, a terrible storm struck Connoire Bay. The fury of the storm was intense. The sea hove in across the point of land, bringing with it masses of rocks, some weighing over fifty pounds apiece. When the storm abated, it was revealed that the tip of the point where the cabin had stood was covered with between eight and ten feet of rocks and gravel.

Before the storm, there had been a tree out on the point, which had stood close to the cabin. The tree had been about ten feet in height, but after the storm, only the tip remained protruding from the new pile of rocks.

Was the terrifying noise of the invisible creature some sort of an omen foretelling the coming storm, or a warning for the cabin’s inhabitants to get out of the way and abandon the point of land? If it was, it seems that it worked. If the ghostly bear’s purpose had been to drive people away from the point, it may very well have saved James’ life.

Dale Jarvis is an author, storyteller, and professional folklorist who splits his time between St. John’s and Clarke’s Beach, Newfoundland, Canada. The proprietor of the St. John’s Haunted Hike ghost tour, Dale tells ghost stories, supernatural stories, legends and traditional tales from Newfoundland, Labrador and beyond. The Haunted Hike is online at www.hauntedhike.com and you can like us on Facebook!