Do you know about the two headless ghosts of Fogo Island? #amwriting #NLunexplained #NaNonFiWriMo 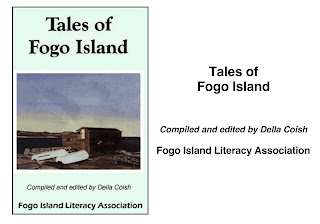 In 1999, Fogo Island Literacy Association published a small book called “Tales of Fogo Island,” compiled and edited by Della Coish. The publication was designed as easy-to-read book about local life and culture, for use with adult learners in literacy programs.


The first headless phantom was spotted by a man named Lynch, of Island Harbour. Lynch was on his way from Payne's Harbour to Butt's Point when he met a man on the road, dressed in a black suit of clothes. When Lynch spoke to the stranger, he got no reply, probably because the figure was missing his head.

On a different occasion, a woman from Fogo was walking home, when she became aware of a man walking in front of her. Thinking it was her brother, she called out to him, and found out that he too was headless.

I'd love to know if there are more recent encounters with these ghosts, and would like to gather more details about either of the stories, or other stories of hauntings from Fogo Island. If you have info for me , drop me a line at dale@dalejarvis.ca.