Newfoundland folklore of May snow: a cure for sore eyes and freckles 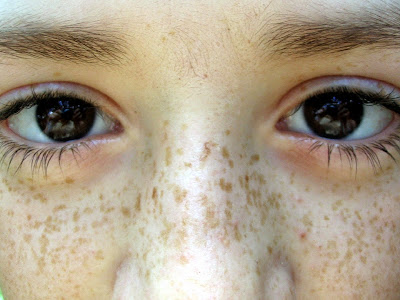 This year, at least in the St. John’s area, the month of May started with snow. Not overly welcome this time of year, it did get people talking, and one topic of conversation was the use of May snow as a sort of charm or cure.

“May snow is good for sore eyes,” one old saying goes. The idea is that if you collect some snow that falls in May and keep it in a glass jar, the water can later be swabbed on a sore eye to make if feel better.

It was a tradition found in many corners of the province, from Joe Batt’s Arm, to Branch. “May snow was gathered and bottled for a remedy,” states a 1955 brochure printed by the government of Newfoundland and Labrador, which has been reprinted on the “Newfoundland’s Grand Banks” website. “Many old people testify to the efficiency of this strange cure.”

John Drover’s grandmother Baker was raised in both Terra Nova village and Windsor, Newfoundland. Drover remembers hearing about the May snow eye cure from her.

“I don't recall that there was any specific way to collect it,” says Drover, “just that it was supposed to relieve sore eyes. A co-worker from Mortier told me her grandmother collected May snow and always kept pill bottles of it for sore eyes.”

This belief in snow as a cure for sore eyes is not limited to Newfoundland. “Bottled snow water is good for sore eyes,” wrote Dr. Daniel Lindsey Thomas and Lucy Blayney Thomas in their 1920 folklore book “Kentucky Superstitions,” published by Princeton University Press. Daniel Thomas was the founder and president of the Kentucky branch of the American Folk-Lore Society, while Lucy Thomas was a teacher of English at the Ward-Belmont School in Nashville, Tennessee.

I suspect snow in any quantity in Kentucky is decidedly more rare than Newfoundland snow, especially in May. Perhaps it is unsurprising then that Kentucky folklore opts for slightly earlier precipitation; the Thomases noted that in Kentucky, March snow is said to do the trick instead.

May snow had other semi-medicinal uses. Janet Butt’s grandmother (from Carbonear, by way of the North Shore) told her that while May snow was good to take away a stye on the eye, it was also good for your complexion. “I seem to recall having it applied to freckles,” Butt says.

This was a folk belief found in other Conception Bay communities. In a recent article in a local newspaper, Elizabeth Jerrett of Bay Roberts writes, “a snowfall in May, which was not unusual, we believed to take freckles away.”

My favourite description of this May snow freckle cure tradition is from J. K. Crellin, in his fabulous book “Home Medicine: The Newfoundland Experience.” “Few specific suggestions concerning external applications for the ‘complexion’ have been found in the Newfoundland oral record,” writes Crellin, “apart from soaking in the first snow in May (or ‘May snow’) or wiping the face with a urine-soaked diaper.”

If you are having a problem with freckles, I would stick with the May snow water, if I were you, given the other option.
Posted by Dale Jarvis at 14:34

My Mother always said this. If it snowed, she would scoop some up in a jar and save just in case.

I saw the pee cure on a survey card just yesterday! lol