Going mummering in Harrington Harbour? Be careful what you drink! 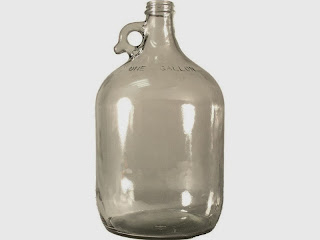 A while back, I came across an old web posting by Sharon Chubbs-Ransom, from Harrington Harbour, about mummering traditions along the Lower North Shore of Quebec. The shore, just over the Labrador border, is almost like a forgotten part of Newfoundland. Many of the early settlers, especially in places like Harrington Harbour, were from the south-west coast of Newfoundland, so they have maintained many traditions that would seem very familiar to Newfoundlanders.

This, of course, includes mummering traditions at Christmas time. You can read Sharon's article on those traditions here.

Sharon happened to be St. John's over the Christmas holiday, and on New Year's Eve, I tracked her down and we had a chat about her memories of mummering, hobby horses, and the Christmas dinners of her youth.

She also told me a story of her husband's, from Harrington Harbour. She asked me if I knew about St. George's wine, which I didn't. Here is what she had to say:

It is a fairly strong, sweet type of wine, and it came by the gallon jar, so at Christmas time there wasn’t anybody in the community that didn’t have a gallon jar of St. George’s wine. That was the drink, you know! When you went around mummering, if you were close to drinking age, well, everybody gave you a drink of St. George’s wine, and so by the time you got around to all the houses, you were absolutely innebriated, in most cases. My husband tells this story about getting a water glass full of of wine at the second house they went to, and by the time they got around, somebody fell off a cliff! They had to rig something up to get him back up, and he was ok.

I'm still looking for more of your mummering memories! If you have one, drop me a line at dale@dalejarvis.ca
Posted by Dale Jarvis at 12:17