Ghost stories are found in every corner of Newfoundland and Labrador, a place so steeped in history and tradition that some inhabitants never, ever, want to leave. And no one knows them better than storyteller and folklorist Dale Jarvis.

On November 18th, come to the Marystown Hotel for Burin Expo 3, and, if you dare, Dale Jarvis will introduce you to some of his favourite legends and ghost stories, and delve into the lore behind some of our folk beliefs and fears.  He'll tell some tales, answer your questions about the paranormal, fairylore, and the supernatural, and will then be signing and selling copies of his most recent book, “Haunted Ground: Ghost Stories From The Rock” published by Flanker Press. 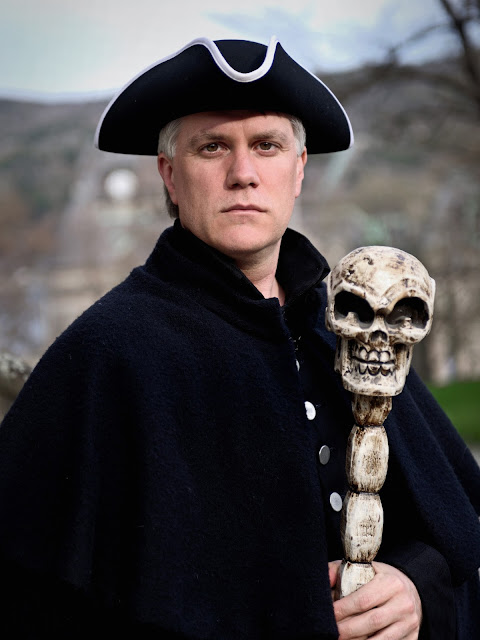 By day, Dale Jarvis is the provincial folklorist for the province of Newfoundland and Labrador. By night, he is the proprietor of the St. John’s Haunted Hike ghost tour and a raconteur of local tales. Dale tells ghost stories, stories of the fairies and little people, tales of phantom ships and superstitions, and legends and traditional tales from Newfoundland, Labrador and beyond. Dale has performed at storytelling festivals across Canada, the USA, and in Europe, and is the author of several books on ghost stories, the supernatural, and local folklore.