The snow-white soldier of Grand Falls - A December ghost story. 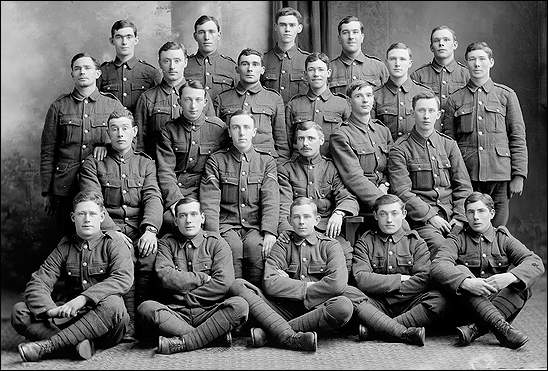 At the end of December few years back, I got a Christmas gift of the sort I most appreciate, an intriguing Newfoundland ghost story, this time from the community of Grand Falls. I included it in one of my previous books, Haunted Waters (available as an e-book here.)

The email was from a man named Terry from central Newfoundland, mentioning a ghost he had seen when he was 10 or 12 years old.

“We left my uncle’s house in Grand Falls late one night to return to Bishop’s Falls,” he started the tale. Terry’s father and mother were in the car, along with his sister. As they drove out of Grand Falls heading back towards their home, they drove past an old graveyard.

“I was in the backseat of the car looking out the window,” remembers Terry, “and just below the giant crucifix in the middle of the cemetery, I saw a snow-white soldier walking past.”

I asked Terry if he looked like a modern soldier, or if he had to guess, what era or war the soldier looked like he was from.

“He looked like a WWI soldier,” says Terry. “He had the old type WWI helmet, with a rifle slung under his arm, like he was walking a long time and just carrying it, not like he was ready to use it.”

“He had his rifle with the butt stuck under his arm, and the barrel pointing towards the ground,” Terry describes. “Every time I go moose hunting with people and see an old .303 rifle, I can see him carrying it.”

“He was all white, that is what caught my attention at night,” he says, thinking back on the event. “He had his head low, like he was looking at the ground, and his face wasn’t visible. He wasn’t floating, or sailing, or mist-like, he was just white and walking by that crucifix.”

“It made such an impression I never forgot it,” Terry claims. “All I can remember is after I saw the ghost, I sat down low in the seat so I couldn’t see out the window anymore.”

He remembers telling family members at the time, and being told, “Don’t be so foolish, it’s in your mind.”

Needless to say it was many years before Terry looked at that graveyard after dark.

“When I was a teen-ager I spent many a night sitting on the curb by that cemetery hitch-hiking home, but never alone,” he says. “I’ve been with my wife for over 23 years, and she can tell you today I swore to her when I first met her that I saw a ghost in that cemetery. She works in Grand Falls, and some nights she gets off work at midnight or so, and you couldn’t pay her enough to look in that cemetery when she drives past it.”

Certainly, young men from Grand Falls with names like Frampton, Goodyear, Goudie, Hann, and others, all served in the Newfoundland Regiment during the first Great War. Many of them never returned home. Is it possible that a battle-weary ghost still walks the graveyard in Grand Falls?

“I always wondered if anyone else had ever seen it,” Terry questions, “because no-one I ever mentioned it to had seen it.”

“I would just like to know if anyone else has ever seen it.”

If you feel you might have some light to shed on the subject of the mysterious soldier of Grand Falls, drop me an email at info@hauntedhike.com.
Posted by Dale Jarvis at 12:07