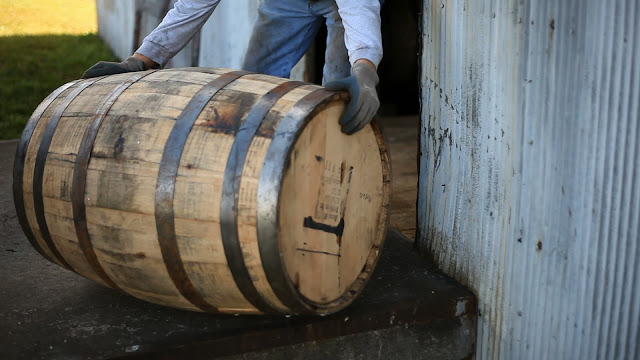 Around 1835, one of the English clerks at the Newman and Company’s plantation in St. Lawrence on the Burin Peninsula suffered a rather untimely demise. Embalming of any sort was an impossibility in that far flung fishing station, so the unfortunate man’s body was preserved inside a puncheon of rum until the body, by that point well pickled, could be taken back to Europe for burial. While unusual perhaps by today’s standards, this practise was apparently not uncommon.

The most famous of these pickled corpses was Admiral Horatio Nelson, who himself had a Newfoundland connection. In May of 1782, Nelson, in command of the HMS Abbemarie, spent several days in St. John’s. Nelson was not impressed with St. John’s, and in a letter home to England described it as a most disagreeable place. During his stay he spent most of his time courting the bottle at the historic Ship Inn, close to what is now the Crow’s Nest on Water Street.

Thankfully, the Admiral turned down a post in Provincial Tourism, and left St. John’s. In true heroic fashion he was killed at the battle of Trafalgar in 1805, and was shipped back to England in a barrel of brandy. According to naval legend, when the barrel was finally opened it was found to be drained of its liquor. Apparently sailors unaware of the true contents had tapped it for some illicit tippling.

These tales have a gruesome similarity to another story from the community of St. Lawrence, which apparently had a strange association with disturbing objects inside casks. The event in question shocked the community when the preserved corpse of an African baby was found sealed up inside a puncheon of molasses which had been imported from the West Indies.

The delight of finding a body sealed up inside a container of one sort or another is reflected in a popular ghost story from downtown St. John's. Sometime around the 1870's, a married couple by the name of Packerson moved into St. John’s from a settlement in Conception Bay, and rented the house for two pounds four shillings a month. Mrs. Packerson always felt that she was being followed through the house and this made her feel very uneasy.

The months slipped by and Mr. Packerson was offered a berth on a sailing vessel. It was barely a week after his departure when his wife had the horrifying experience of coming face to face with the house’s paranormal inhabitant. On that day, Mrs. Packerson had three times attempted to light the gas burner in the kitchen, and three times someone beside her blew out the flame. In a state of frenzy she turned to run from the kitchen but she was unable to move one inch.

Directly in front of her, in what she was using a closet, she saw the figure of a woman standing in the doorway, illuminated with a dazzling brightness from the crown of her head to the very soles of her feet. Mrs. Packerson stared at the amazing spectacle for a few moments before realizing that she was actually gazing upon the figure of a ghost. When she realized what she was witnessing, she instinctively put her hands to cover her eyes and fell into a state of unconsciousness.

When she revived, she ran to her neighbours, who informed her that a former owner had killed his wife, placed her body in a box, walled it up inside the closet, and had fled the country before the murder was uncovered. By the time the Packersons entered the story, they had been able to rent the house so cheaply only because the place was known to be haunted by the unhappy spectre of the murdered bride.