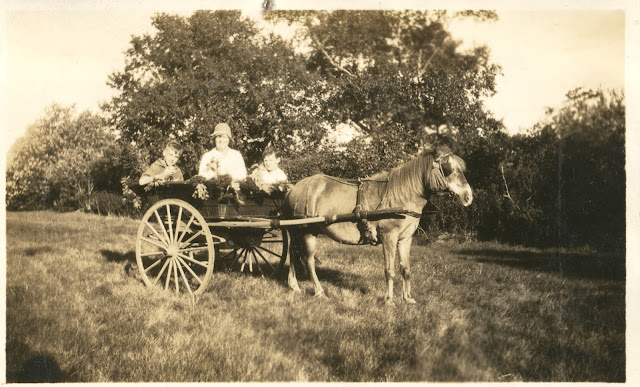 On November 2, 1898 businessman Lawrence O'Brien Furlong acquired Smithville, a large estate, restaurant and banqueting centre on the outskirts of St. John's, from retired Sergeant John Smith of the British Military, the original owner since 1871. The house, with its verandah running the length of the building, became much frequented for weddings, tennis parties and suchlike in the warmer months, and by skaters and ski enthusiasts in winter.

The 1928 Newfoundland Directory ran an advertisement which described Smithville in glowing terms. “This renowned and ever-popular Hostel, situated almost within the City Limits, and surrounded by smiling farms, cooling forests, and enchanting waters, is daily serving delightful dinners and teas. Dances and Pic-Nic Parties a specialty.”

City directories from 1913 to 1937 make note of the fact that the estate was also home to Smithville Bakery, and many of the Furlongs were noted bakers. One of these was Mr. Patrick Furlong, the son of Lawrence Furlong. Patrick Furlong and the large horse and buggy which he used to deliver goods were a familiar site in the neighbourhood.

The Furlong family ran the establishment into the 1950s. Around 1963, the Smithville estate was torn down to make room for St. Pius X school, Gonzaga school, and a new parish church. While Smithville itself may have vanished, the name has survived to the present day by renaming the upper part of Long Pond Road to Smithville Crescent.


Another aspect of the property which has survived is a few old ghost stories, one of which was related to me by Nancy Squires, the great-granddaughter of Patrick Furlong himself. The ghost in question has been given the nickname "The Noose-ence" by the family, for reasons which will soon be made apparent.

One summer evening, Patrick was heading for home after concluding some business on Water Street. It had been a long day and he was looking forward getting home in time for tea. Putting the affairs of the day behind him, he and his horse, Nell, and the buggy started off.

Nearing the fork in the road of Strawberry Marsh Road and Smithville Crescent (then Long Pond Road), he saw that a large crowd had gathered around a rather gruesome sight. A man had hanged himself from an old tree in the meadow located between the two roads. A constable on the scene asked Patrick if they could put the corpse in his buggy and transport it to the city morgue.

The man apologized sincerely and said no, as he did not want to carry a dead body in the buggy he used for his bread business. The constable said he understood, and said they would wait for someone else to come along.

Nothing more was thought of the incident until one cold evening in January. Once more Patrick was heading home to Smithville, and approached the same area where the man had hanged himself months before. Suddenly, the sleigh settled as if a heavy weight had just been loaded aboard, and at the same time Patrick felt colder than he had ever felt in his entire life.

Patrick then thought back to the death of the previous summer. Scared beyond belief, he turned and peered back at the sleigh. It was empty. At the same time, he could sense that he was in the company of a bad presence.

Nell slowly dragged the now heavy sleigh all the way to the lane leading to Smithville. When they reached the laneway, the ghostly weight lifted swiftly. Patrick took Nell’s reins in hand and led her down the entrance to the barn and put her inside. Inside their home his wife Annie was waiting for him and opened the door only to be greeted by her husband, his face as white as bleached flour.

Patrick Furlong was sick with fright and had cold chills for nearly a month. Nell was so spooked that she was never used for work again, and lived out the remainder of her life in the meadow at Smithville.
Photo: Furlong Family, Sept 6 1930, courtesy Nancy Squires.