The Boulevard's Black and White Ghost 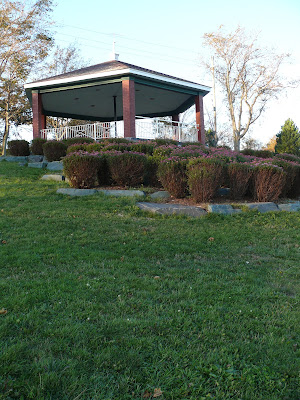 Shortly after midnight on Remembrance Day in 2011, “Karen” had a strange experience whilst driving alongside Quidi Vidi Lake. She was in St. John’s from out of town, and had just dropped off a friend, when a strange apparition came up onto the road in front of her car.

“I was driving along the Boulevard by Quidi Vidi Lake, between the bandstand and military base,” Karen remembers. As she did, something caught her eye, moving very quickly up the bank from the direction of the pond.

“I saw a smoke-colored figure come over the bank and onto the road directly in front of my car,” she says.

Thinking she was about to hit a person, the woman reacted immediately.

“I slammed on the breaks,” she describes. “ I’m glad there was nobody behind me, because I would have gotten rear-ended.”

When she did, the figure in front of her completely dissipated.

“I did not just see that!” the woman thought to herself.

“It happened all in the matter of seconds, split-seconds,” Karen says. “It was very, very fast. It was just like somebody walked right out in front of my car.”

“I’d never seen anything like that before in my life,” she states. “ I couldn’t believe it had happened. I was on my way over to my sister’s house, and I told them as soon as I got there.”

Karen says that while she had experienced strange things in the past, meeting the figure on The Boulevard was her time seeing a full-bodied apparition. She was shocked by how detailed the figure was.

“It was a man about 5'9" and slim build, dressed in older style clothing, wearing a salt/pepper cap, linen shirt with the sleeves rolled up, suspenders and linen trousers. His clothing appeared to be messed up, or worn-in. I could see that he had dark hair and stubble, and he looked to be in his 30s.

Karen describes the man as being a dirty, smoky colour, almost more like he was an antique photograph than a real person.

“He looked like he was in a black and white picture, and when he dissipated, it was just like cigarette smoke!”

“I will never forget it,” she says.

I was interested in Karen’s story for a number of reasons. The motif of a ghostly figure vanishing in front of a car is one which I have come across numerous times, and anyone who has watched movies with a paranormal theme will have seen this acted out before. I was also interested in the location of the haunting, as it is a spot I have not heard a ghost story from before.

It is quite common for me to hear a story that only feels like part of a larger narrative. I have heard stories about ghostly ladies on the stairs, or strange occurrences in old houses, often without any explanation for the cause. When it happens, people such as Karen often then contact others, such as myself, to try to make sense of what has happened, and to fill in the blanks in the story.