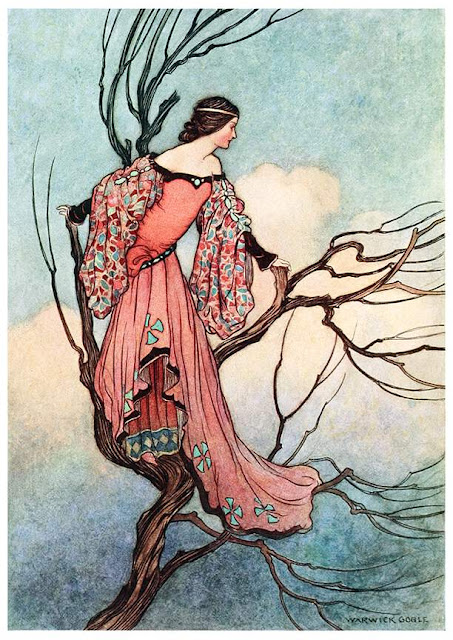 For several years, theatre director Danielle Irvine and I have been talking about about working on some kind of collaborative storytelling exploring the link between our two loves, theatre for her, and storytelling for me. As some of you will know, we’ve finally stopped talking about it, and are actually working on it, alongside a fabulous group of women, on our new project for Sweetline Theatre Company called “Shakespeare’s Fairytales: Owl Was a Baker’s Daughter.”

What some modern audiences may not know is that playwright William Shakespeare was influenced by the storytelling tradition, and that many of Shakespeare’s plays derive their plots directly or indirectly from folktales. “Shakespeare’s Fairytales” explores this, shining a light on these older stories.

In order to do this, Danielle and I have developed a way of working with the source material that we are very excited about. We auditioned for four performers, asking applicants to prepare both a Shakespearean monologue, and a version of one of Aesop’s fables, told in their own words. We wanted to find performers who were comfortable with classical theatre, but who could also spin a good yarn on their own, and who we might be able to train in as storytellers.

From that, we cast four great women -- Elizabeth Hicks, Lynn Panting, Lauren Shepherd, and Alanah Whiteway (along with stage manager Kelly Jones) -- and then we started working with four plays: The Winter’s Tale, As You Like It, The Merchant of Venice, and King Lear. Each performer was given different versions of the folktale or source material which had inspired or influenced their play. They started off working with that folktale material, storyboarding it, finding in the midst of the variants their own personal version of that story. They worked with me to start, exploring the world of storytelling.

Then, once they had embraced the story, and made it their own, Danielle stepped in, and re-introduced the language of Shakespeare, pulling quotes, phrases, and passages from Shakespeare’s texts that fit the contexts of the stories. The results, so far, are lovely and unique. I’ve been to a lot of storytelling festivals in North America and Europe, and I have listened over the past 25 years to a LOT of storytellers, but I have never seen a performance quite like the one we are crafting now.

The work that we are doing is made possible in part with World Storytelling Day grant through Storytellers of Canada-Conteurs du Canada. Each year, the theme of World Storytelling Day is identified by and agreed upon by storytellers from around the world, and for 2016, the theme is “Strong Women.” It is a perfect fit for our show, as this is a project about strong women and transformation, on many levels; this project is much about mentorship as it is about the performance itself.

I am very proud of the work that we are witnessing come from these four emerging Newfoundland storytellers. We are less than a month away from our opening night, and I would love you to come see this show. We are partnering with Leaside Manor on the production, and performing it in their premises, which will make this a very intimate and special performance. Performing it at Leaside Manor does mean that seating is limited, so if you want to join us for our two-night-only run, you should get your tickets quickly!

If you want to see the show, and enjoy a special getaway, a special room rate with two tickets is available from Leaside Manor. $209 for Thursday night and $259.00 for Friday night, both include hot breakfast in the morning. Tickets can be purchased online when booking your reservation at www.leasidemanor.com or call 722-0387.
Posted by Dale Jarvis at 09:00