Stories from down on the farm

As part of the Seeds to Supper Festival, host Kevin Aucoin, of the Agricultural History Society of Newfoundland and Labrador, will sit down with Leonard and Lena Ruby, and Jimmy and Michelle Lester, and share stories about farming past, present, and future. Jimmy Lester represents the 6th generation Lester to continue farming in this area. Jimmy and his wife Michelle produce vegetable crops, bedding plants and flowers and operate the Lester catering facility on Pearltown Road. Leonard and Lena Ruby continue to grow vegetables on their own historic farm, where others might choose to retire and travel, reflecting their close connection to the soil. Join us, and fill your ears with some home-grown stories!

(NOTE: Lester Farms, Inc. is located at 92 Pearltown Road, not to be confused with the Lester's Market on Brookfield Road. If driving from St. John's along Brookfield Road, pass the Market, and turn left onto Pearltown Road).
Posted by Dale Jarvis at 17:45 No comments: 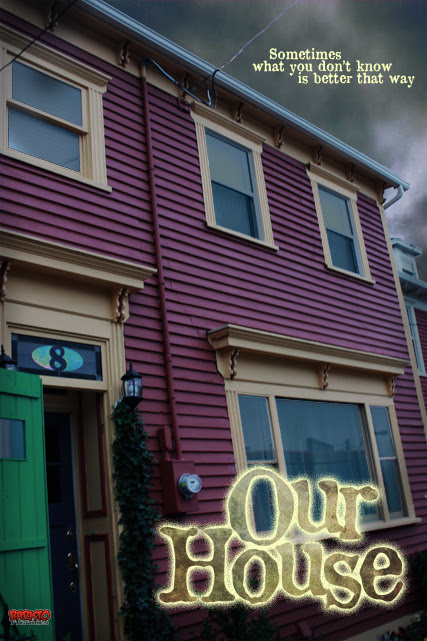 Baristo Pictures is casting a new short horror film called “Our House” that will be shooting in early October as part of NIFCO’s First Time Filmmaker program, and they are looking for volunteer actors. Yours truly, hopefully, will put in a guest appearance, in my St. John's Haunted Hike persona.

You can follow Baristo's Mike Hickey on Twitter, or check out the casting call.  I'll post more as details come available.
Posted by Dale Jarvis at 18:45 No comments:

Next year, 2012, marks the 200th anniversary of the publication of the first edition of the first volume of the Brothers Grimm's remarkable Kinder-und Hausmärchen, which went on to become the most widely translated book ever produced in the German language.

About a decade ago (see archival photographic evidence above) musician Delf Maria Hohmann and I produced a show called "Under the Juniper Tree," a selection of stories and songs from and inspired by the Brothers Grimm.

In honour of the Brothers' 200th anniversary, Delf and I are going back, revisiting that wonderful material and working on a new show which we'll be touring next year.  We're off tonight with the fabulous Chris Hibbs to shoot some promo photos. Keep your eyes peeled (and/or away from doves, if you know the story of Aschenputtel).

To keep you entertained in the meantime, a discussion of the Brothers Grimm, and the telling of dark, grim material, is featured in this podcast by Rachel James of radio station CIUT.

And you can listen to my version of the Grimm Brothers' rarely-told story "The Mother in Law" here.
Posted by Dale Jarvis at 17:47 No comments: