The Phantoms of Fishot Island, on Newfoundland's Northern Peninsula 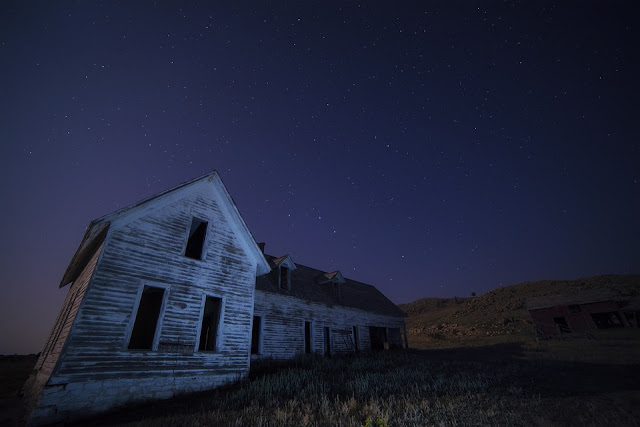 Fishot Island is the largest of a group of islands in the southern entrance to Hare Bay on the northeast side of the Great Northern Peninsula. The island has long been a favourite of French and Newfoundland fishermen.

As early as 1547, Fishot Islands appeared on French maps as Ille de ficho and the unusual name has had many variations such as fico, Y Fichot, I Feeke, and Trois Fidiot. The late Reverend Howley, who had a great interest in Newfoundland name lore, suggested the word may have referred to a post or signal staff fixed in the ground, derived from the French noun fiche (meaning stake or peg). In true Newfoundland fashion, early English visitors ignored the meaning, and adapted the French name, pronouncing it “Fishroad”.

Throughout its long history, Fishot Island attracted its own folklore. Fishot Island has been suggested as one of the many possible locations of the bedeviled Isle of Demons. While Fishot Island is only one of several islands claiming to be the legendary isle, its claim is strengthened by the fact that in more recent times it was known as the location of a Jacky Lantern or Will o’ the Wisp sighting.

Strange moving lights are not the only local ghost, it would seem. In November of 2003, I was contacted by “May” a woman who had spent her early childhood years on Fishot Island. As she puts it, “in my lifetime I have experienced many encounters with the paranormal and supernatural world.” Fishot Island provided more than one of those encounters.

May lived on the island for about ten years, and one experience in particular still remains strong in the woman’s memory. It involves a house that had been deserted for many years, for as far back as she could remember. One day the girl decided to take a flashlight and go exploring.

She recalls, “it was a big house, close to mine actually. I was young and full of curiosity. Molasses was a big thing back in those times. I decided to go in the house and look for some.”

The girl opened the door to the house, and entered. When she walked into the kitchen, and looked around, she saw that the table was empty. She went up the stairs to explore the upper part of the house, and finding nothing, came back down. What she saw next scared her, for there was a jar of molasses on the table.

“As I turned around, I saw a white round light in the corner of my eye,” May remembers. “I assumed it was the sun shining in through the window.”

She turned and walked back out along the house’s long narrow hall. Suddenly she felt a cold sensation on her neck as if a hand had been placed there. The girl was petrified with fear, and froze in her tracks without turning around. When she found the courage to move, May took off running.

“I got outside,” the woman says, reminiscing about that day. “I looked back and I swear I saw an old woman in the window, in a white gown. She looked at me with no expression on her face. She shut the curtains. I was never going to go back there again.”

Hoping to take a little side trip there this summer, looks absolutely gorgeous there!