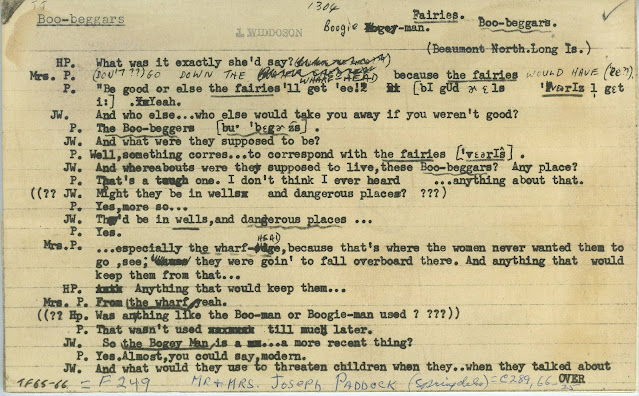 You better be good or else the Boo Beggers will get you.

Up to the mid-20th century and possibly later, mothers in Springdale, Newfoundland, would warn their children to keep away from the wharf head with threats of the Boo Beggars.

A Boo Beggar is a said to be a supernatural creature related to the fairies in Newfoundland folklore, but usually only seen as a ghost-like black shadow. It’s often found living in wells or other dangerous places.

Their dark and devilish cousins Boo Darbies and Boo Men haunted other parts of the island, and in modern english, we still use the word “Boogeyman” to mean something regarded as an object of fear.

NEW! Explore the legend of the Boo Beggars on TikTok!

Email ThisBlogThis!Share to TwitterShare to FacebookShare to Pinterest
Labels: fairies